NEWS | A few CLAIR OBSCUR CDs, Vinyls and Cassettes are available from labels Infrastition, Nochnye Travy, Optical Sound, Vinyl On Demand, including the very limited editions of the C.O.I.T. Wood Box and the Antigone Saint Petersburg Cassette. See list below. 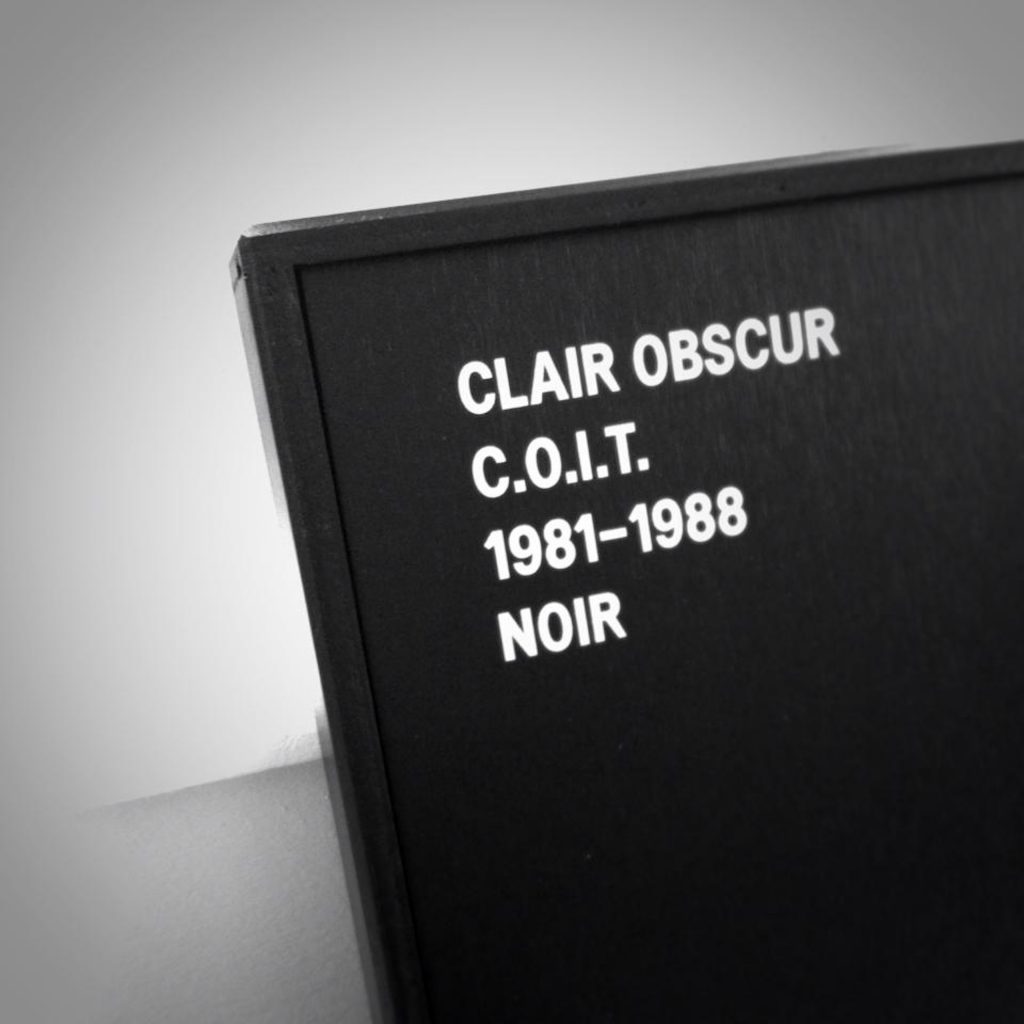 This 2012 edition collects 28 tracks from the period 1981-1988 which appeared on singles or on compilations, or were never released before the 2007 release of VOD41. Besides 6 Offset printed Postcards inside the black varnished wooden-box-Set limited to 300 copies it furthermore contains a 7“inch with the 8 tracks from the legendary „La Cassette Noire-Tape. These titles were chosen to give a more complete survey of that period and have been remastered once more with best possible equipment as some of the recordings might still sound quiet rough and raw. It also contains two bonus tracks which were only part of the VOD-Subscriber-Box-Set; a Remix by G-Nox on CD1 and a 1983 live recording at Pali Kao on CD2.

(a shorter 15-Track-Version of C.O.I.T. was initially released on CD by Apocalyptic Vision in 1995) 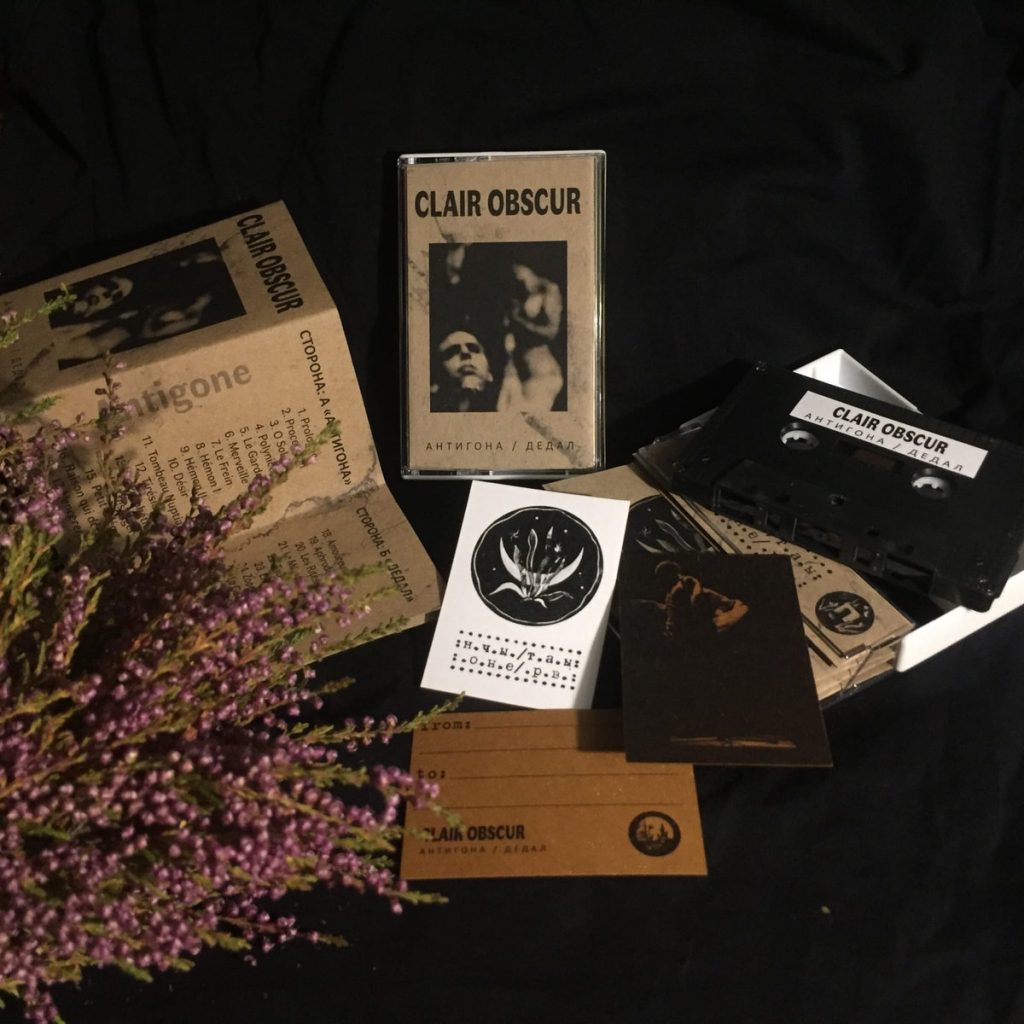 Antigone was written by Clair Obscur frontman Christophe Demarthe in 1989 as soundtrack for the theatrical performance of the Sophocles’ tragedy. According to the author this work represents his own fantasy of what ancient Greek music could have sounded like. The record was released on CD in 1996, accompanied by the soundtrack for a radio drama production The mythological adventures of Daedalus (1994) and some bonus tracks. The second edition, also on CD, was released in 2008.

Ночные травы (Night herbs) are proud to present the first official cassette edition of Antigone/ Daedalus, dedicated to the 30th anniversary of the premiere of the performance on the stage of a Paris theatre. The cassette includes a six-panel booklet with information, photos and exclusive interview with Christophe Demarthe, a postcard and a sticker. Limited to 80 hand-numbered copies. 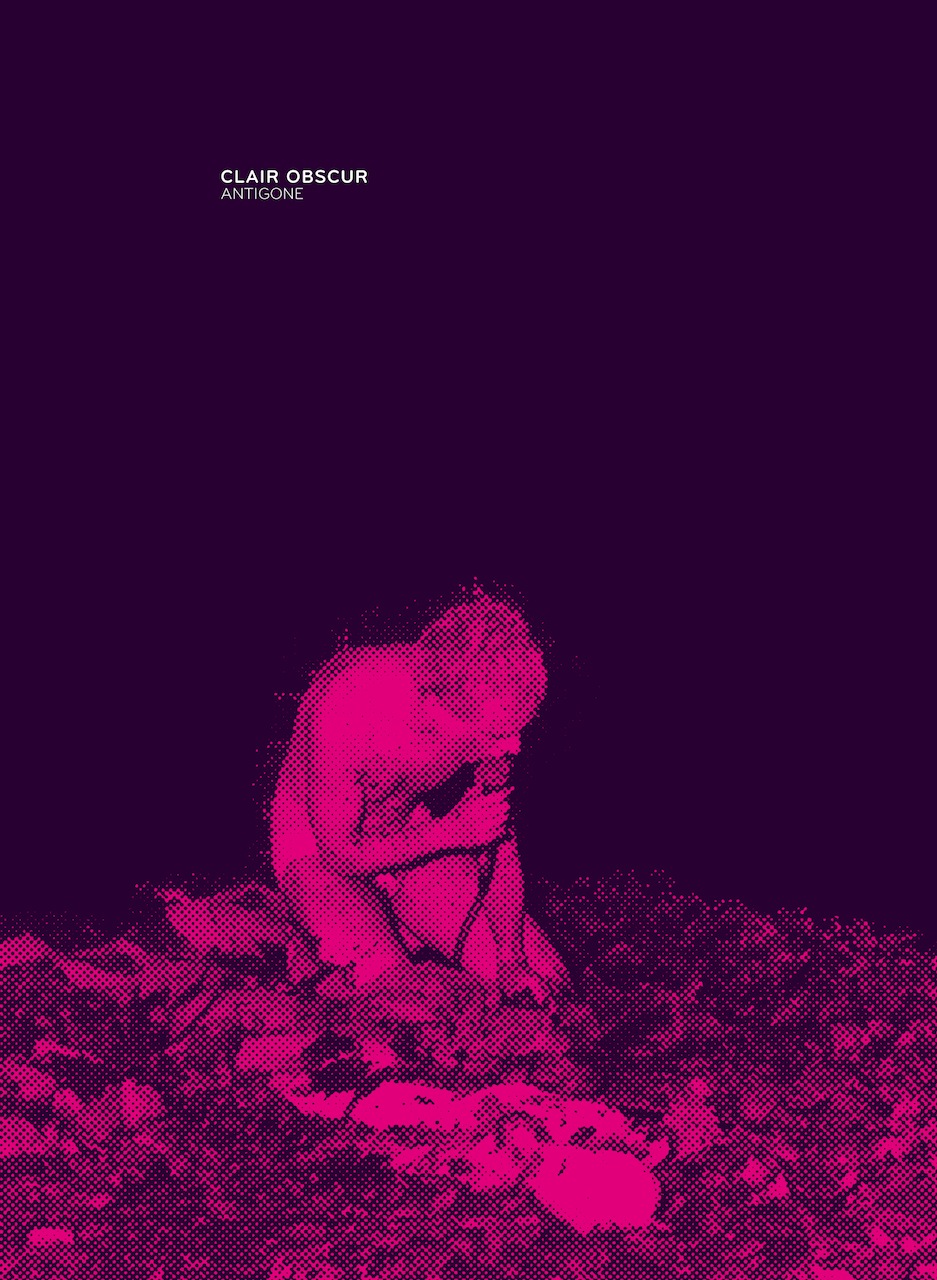 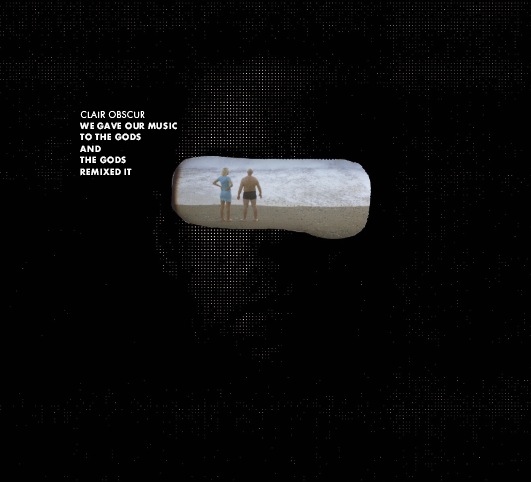 CLAIR OBSCUR, WE GAVE OUR MUSIC TO THE GODS AND THE GODS REMIXED IT